10th Anniversary of the Autism Act

HomeEvent10th Anniversary of the Autism Act 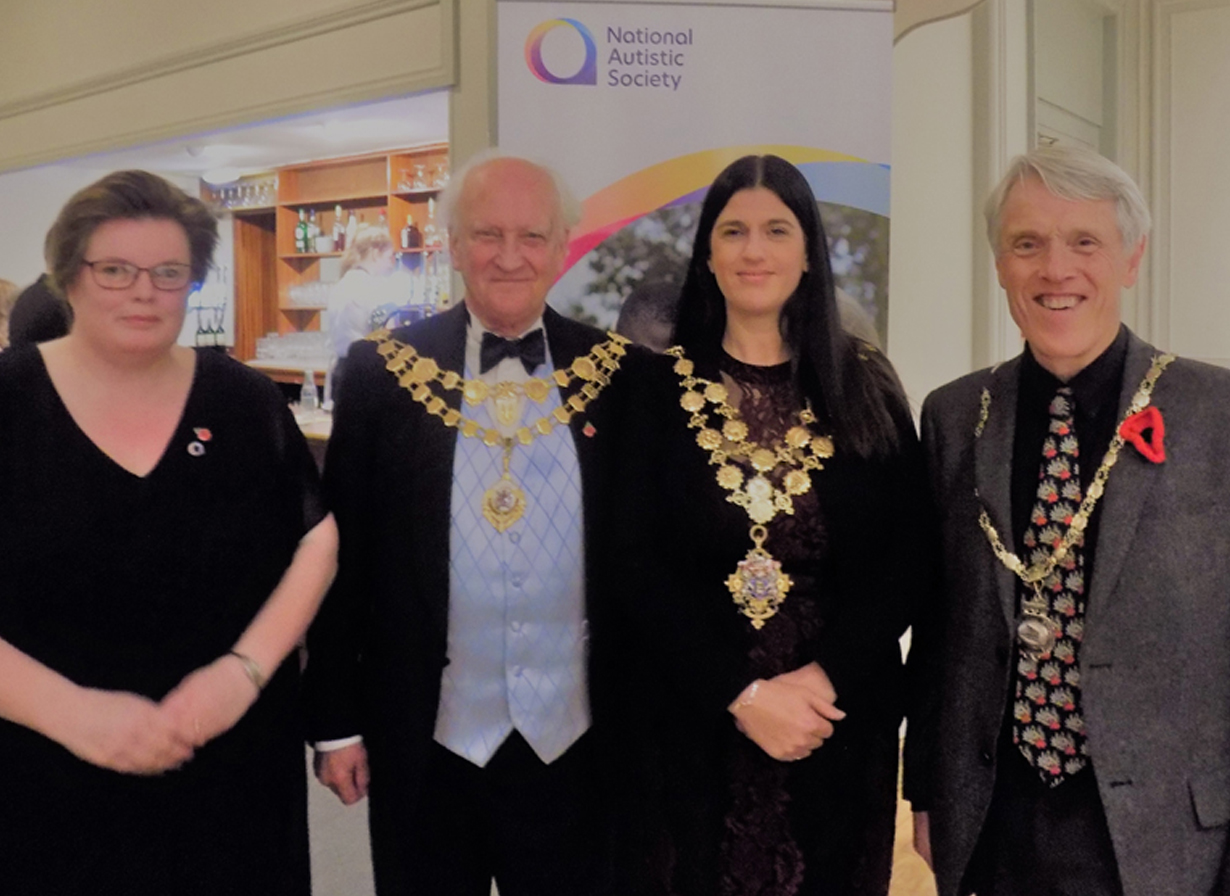 10th Anniversary of the Autism Act

Celebrating the 10th Anniversary of the Autism Act.

We were welcomed into the elegantly decorated Ball Room at the Green Dragon Hotel in Hereford, to which we were greeted to a Cider Cup cocktail and the voices of the Cacophony Choir greeting our guests on Arrival.

The room was elegantly presented in celebration to the 10th Anniversary of the Autism Act. With the stage set for the Speakers and the Band for later in the evening

We were very honoured to have the Mayor from Hereford Councillor Kath Heys & Ledbury Councillor Phillip Howells and Chair of the Council Councillor Seb Bowen we were also joined by staff from the NHS, CCG and Herefordshire Council and of course our wonderful supporters of the Branch.

We were treated to an inspiring and insightful talk by Aubrey Bailey, followed by Business man Chris Tipping from one of our lovely supporting local businesses’ The DM Lab, and a wonderful and heartfelt talk from one of our valued volunteers outlining what Herefordshire NAS has achieved in the last few years.

What followed was an amazing and fabulous meal from the Green Dragon`s Chef which had many surprises, mainly the chocolates at the end of the meal and the amazing luscious birthday cake made by Lynsey Lynes’ Cakes.

Then we had a lively auction and raffle which was compèred by the wonderful Chair of Herefordshire Council, we managed to raise over £1,000! But still have some outstanding pledges still outstanding.

We would like to thank all those that attended, helped and made the night the wonderful fun success that it was. If you have any pictures of the night that you would be willing to share, please send them to our email: nas.herefordshire@nas.org.uk.

Many thanks to our MC for the night Kevin Tillett as well!

We use cookies to ensure that we give you the best experience on our website. If you continue to use this site we will assume that you are happy with it.OkPrivacy policy